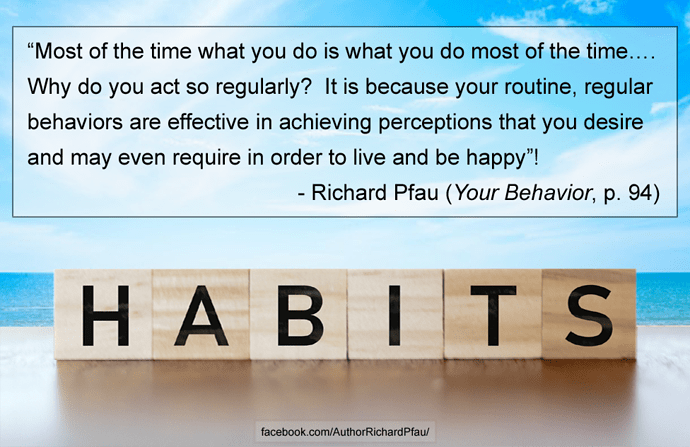 Quote - Habits 1-13-2020976×633 539 KB
is just the latest posting on my Facebook business site to popularize PCT and related thinking as well as to sell the book “Your Behavior” which highlights PCT. See https://www.facebook.com/AuthorRichardPfau/ for more aimed at the general population.
richardhpfau June 11, 2020, 3:07pm #2 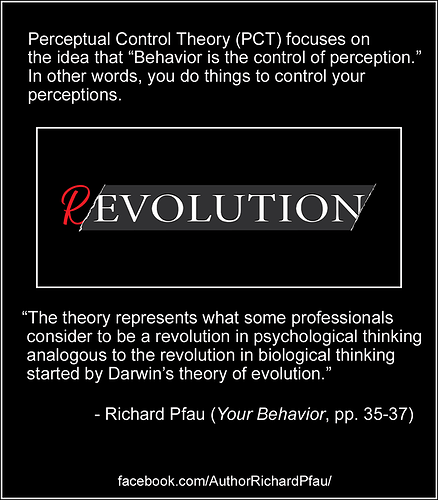 Here’s a posting where the image seems to support Bill Powers ideas very well. As with other postings on my Facebook site, feel free to use it to help promote PCT. 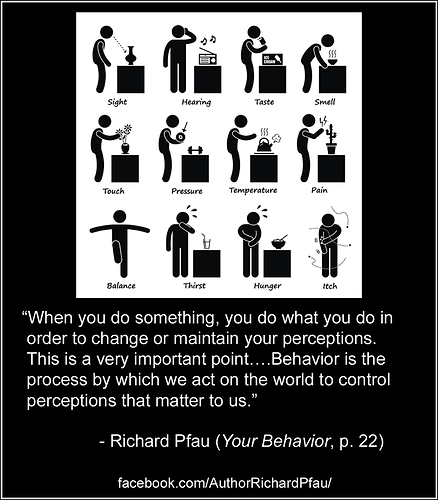 Very nice, Richard. I will make use of it.

I will use that quotation.

Here’s the latest Facebook posting. As with other postings on my Facebook site, feel free to use it to help promote PCT. 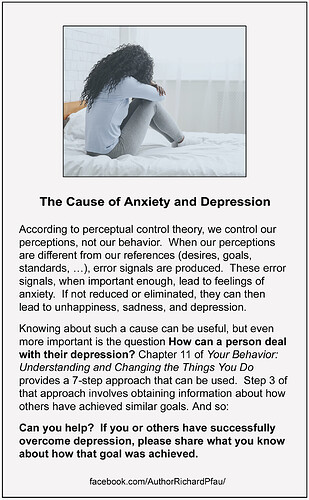 This posting about “Why You Do Things” provides examples related to Powers’ idea of reducing differences between perceptions and references. As with other postings on my Facebook site, feel free to use it to help promote PCT. 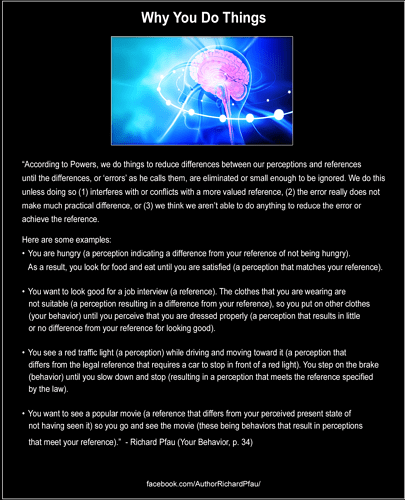 Here’s a recent posting about PCT as Metatheory: 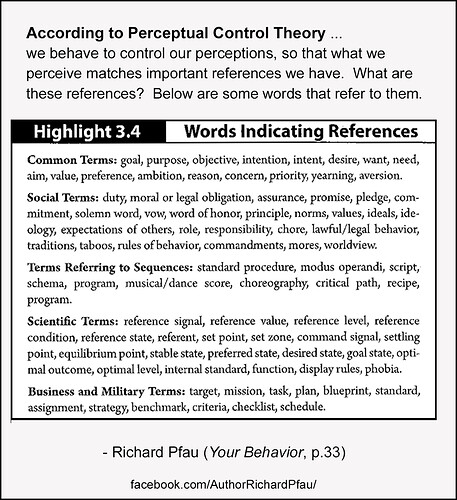 Thanks for sharing this.

This post promotes Your Behavior – a book which highlights PCT in a way that “provides a great scientific context for introducing Perceptual Control Theory to the layperson” according to Warren Mansell on the back cover. 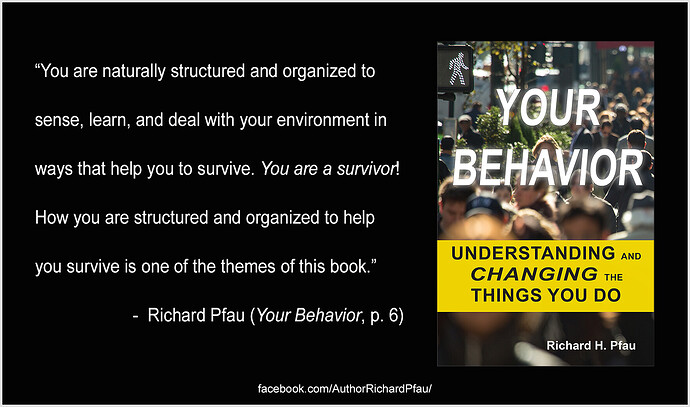 Here’s another posting about PCT on my Facebook site. Like the others, you are welcome to use it to help promote PCT. 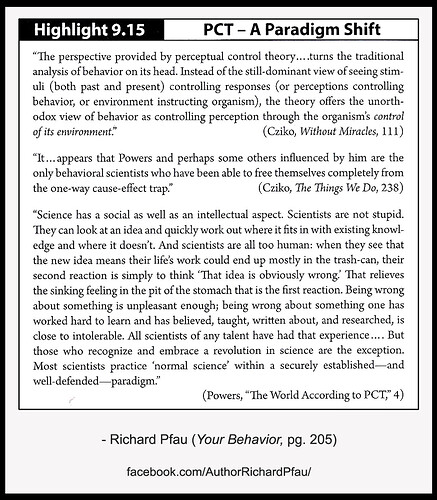 This posting was made in August to help spread the word about PCT. 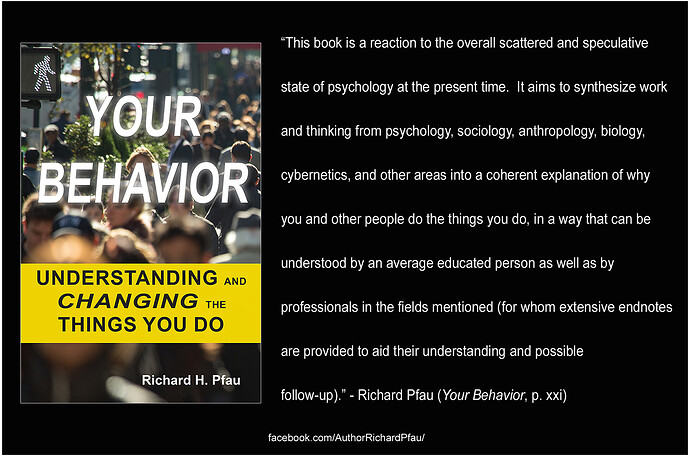 I tried to reply simply

but Discourse doesn’t accept such short posts. Has to be at least 5 characters.

You could think of these as blurbs such as appear on dust jackets. A blurb writer (or the effective editor) often makes ‘adjustments’ to quotations for compactness & loss of context, so likewise you don’t have to be absolutely faithful to what you wrote in the book.

Here’s the latest posting, bringing attention to the importance of perception: 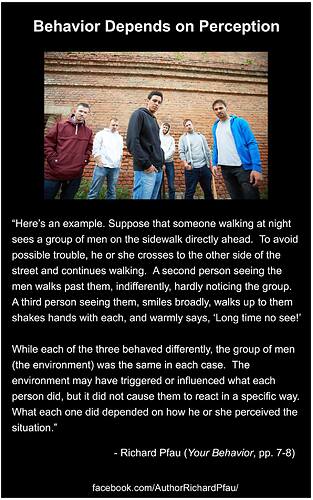 Here’s a posting about the Golden Rule and PCT that preceded my paper titled “Perceptual Control Theory’s Congruence with Religion” presented at the IAPCT 2021 Conference. 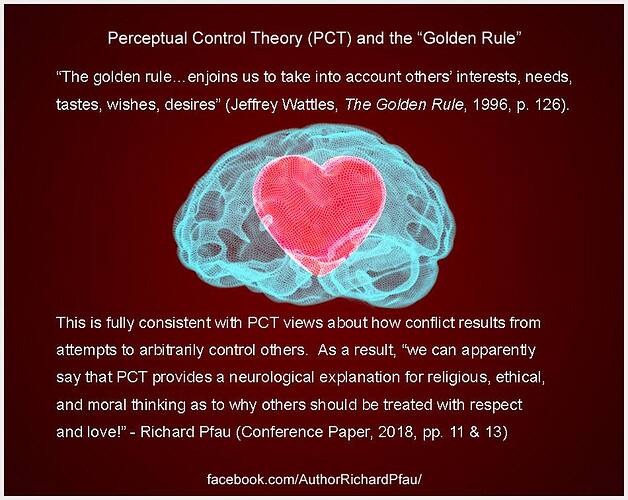 Here’s a posting that provides a link for accessing the conference paper “Perceptual Control Theory’s Congruence with Religion.”

The latest posting. It’s getting a good response. Feel free to use it. 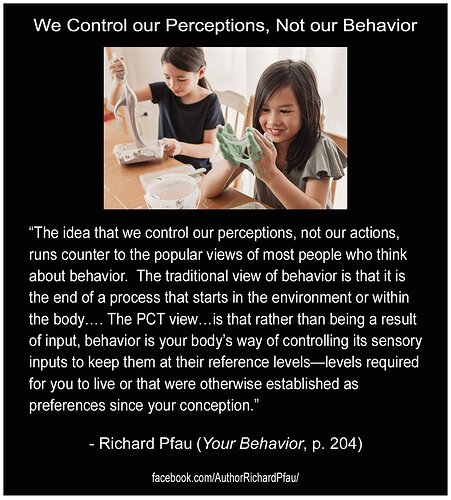